SPRINGVILLE- Springville filmmakers Golden Groves and Michael Buttino of September Brothers Productions prepare for the premiere of their third film. “Skeleton Xylophone” will premiere at the Joylan Theater in Springville on August 4.

What do murdered snowmen, a Polish holiday, video games, a psychotic baker, and a post-apocalyptic barbari-anne have in common? Absolutely nothing. However, you can join the world’s most accomplished skeletal puppet actor, Nicholas Ribcage, as he guides you through the twisted mindscape of The September Brothers. Similar to their debut film “The First Date” released in 2017, “Skeleton Xylophone” will be presented as an anthology, featuring a variety of horror shorts to suit everyone’s tastes.

“Some of them are short and some of them are a bit longer and they’re all just weird, so if you end up not liking one, there’s another one to come,” Buttino said. . “This is by far our best film we’ve made to date.”

“It’s a fun ride,” Groves added. “It’s fast and it’s something people will watch and come away with a good feeling.”

After shooting three films, Groves and Buttino said they continued to learn from each film so they could improve on the next film. From better editing software to learning how to direct actors better, Groves and Buttino said that because of their love for anthologies, they wanted to take everything they had learned and make an even better anthology than their first movie.” The First Date”. 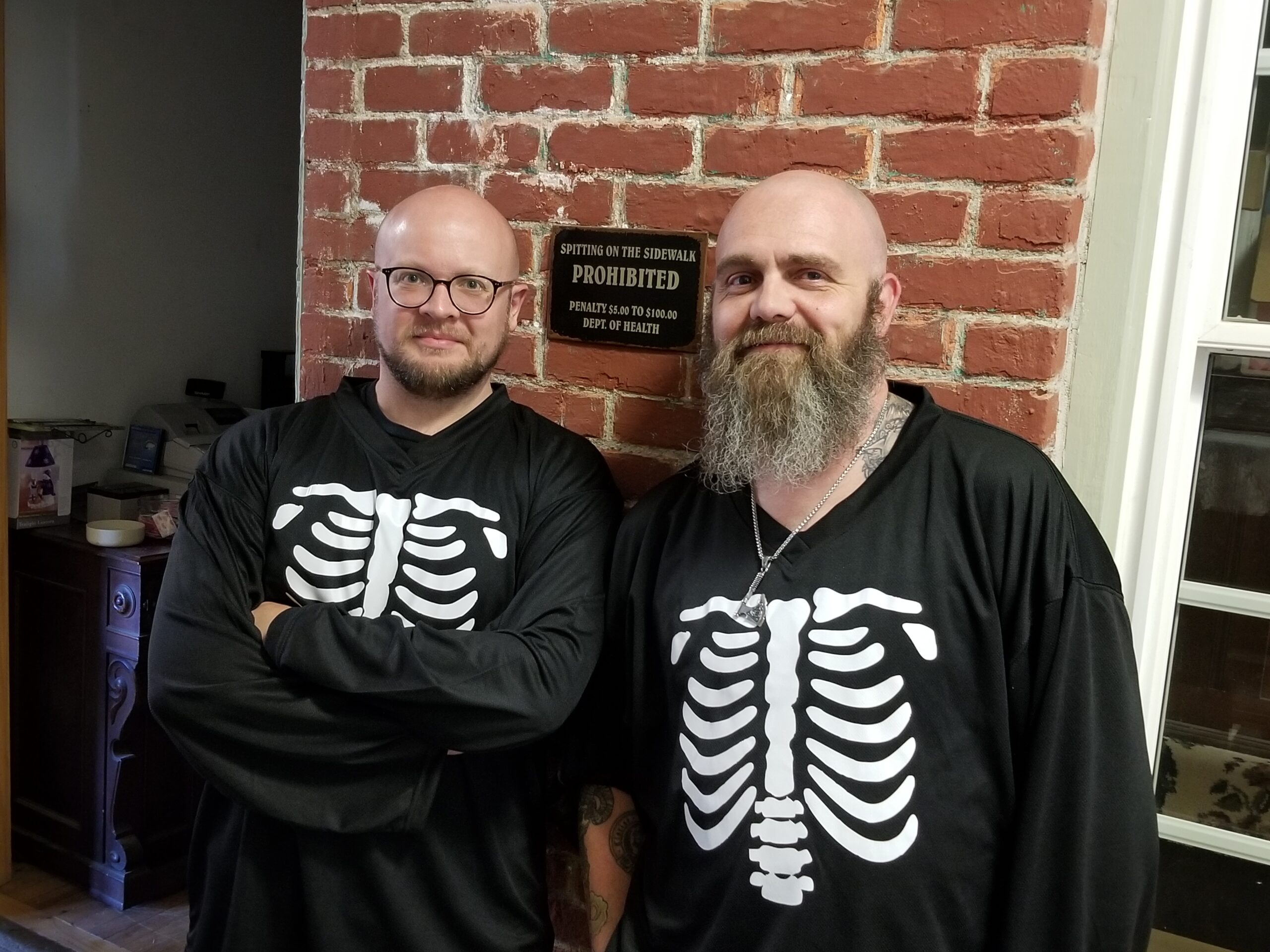 Throughout filming, September Brothers Productions used local locations in the Springville area that people might recognize, including Sprague Brook Park in Glenwood, the Bigelow Bridge off Route 240 and more. Throughout filming, Groves and Buttino also praised the actors and actresses who gave up their time to star in the film and talked about how their performances contributed to the film’s success.

“I think it really comes through in the performance…and the amount of fun [the cast] had to do it,” Groves said. “I really think that comes through when people look at it.”

Tickets are currently on sale for the premiere of “Skeleton Xylophone” on the Joylan Theater website at joylantheater.com. The premiere will be at 7 p.m., with the event also including a meet and greet with those at September Brothers Productions, a Q&A, and a random auction where people can win special one-of-a-kind merchandise. Groves and Buttino also thanked Joylan Theater owner Russ Pustulka for working with them on the premiere and hope to continue to have more Springville premieres for their future films. An afterparty after the premiere will be held at UNOVA Coworking, 29 Mechanic St., Springville.

“Just seeing local people from the community show up to support is a huge thing and we continue to want to film here and present here,” Groves said. “We want to keep that local vibe.”

You’ve all heard the saying, “April showers bring May flowers.” Well, it looks like the April showers will also bring some anxiety to local farmers. The forecast may not look good for getting a lot of field work done, but it’s not nearly as bad as the spring blizzard in North Dakota and Montana. They […]

Orlando, USA – May 23, 2022 — The DeSo NoCode Institute has just announced the launch of Zirkels, its innovative new web3 blogging platform specifically designed for users with little or no cryptocurrency experience. The site allows content creators to post long-form articles that live on the Deso blockchain. Readers who enjoy content can easily […]