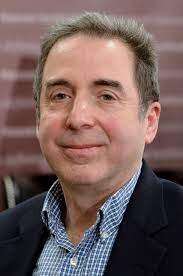 In 1838, Charles Darwin faced a problem. As his 30th birthday approached, he was trying to decide whether to marry – with the likelihood of children being part of the package.

Darwin was grappling with what I call a savage problem – a fork in the road of life where it is not obvious which path is the right one, where the daily pleasure and pain of choosing a path over a other are ultimately hidden from us, and where these everyday pleasures and pains do not fully grasp what is at stake.

How to proceed then, especially if one wants to make a rational decision?

I trained as an economist. We have been taught that economics is the guide to making rational choices. Everything has a price; everything consists in giving up something in order to have something else. But when it comes to big life decisions, these principles can lead us astray.

Take Darwin’s list. At first glance, making a list of pros and cons seems like a rational approach to dealing with any problem, wild or tame. The technique is probably as old as Eve in the garden faced with the wild problem of whether to eat this fruit. (Cons: It annoys the head gardener, ignorance is bliss, gaining knowledge can have unexpected downsides. Pros: Snake seems like a nice guy, forbidden fruit is the sweetest, etc.) ) But the list of cost-benefits that Darwin constructed is less useful than it seems.

Darwin managed to find more disadvantages than advantages if he married. Although he didn’t write it down explicitly, what he considered the biggest downside is pretty clear: if he got married, he would have less time for his scientific research and be less productive.

For Darwin, marriage was above all what he would give up. With many wild problems, the downside is easily imagined, while the upside is veiled from us.

It is perhaps comforting to know that there is no rational path to the right decision.

Most of Darwin’s list seems to point him towards a single life. However, he married his cousin Emma Wedgwood. Together they had 10 children; seven survived to adulthood. And Darwin became one of the greatest scientists of all time.

Human beings want purpose. We want meaning. We want to belong to something bigger than ourselves. The decisions we make in the face of wild problems don’t just lead to good days and bad days. They define us.

Darwin’s decision seems irrational only until we remember that the future is hidden from us.

Learn from Darwin. Spend less time trying to find the best path to get where we want to go and spend more time thinking about where you want to go in the first place.

Russ Roberts is the president of Shalem College in Jerusalem and is the author of “Wild Problems: A Guide to the Decisions That Define Us,” from which this essay is adapted.

Nick Wilson | [email protected] Firefighter, husband and first-time father, Cyle Hill of the Crawfordsville Fire Department knows a thing or two about the demands of life. Balancing his life around his wife, newborn son, job, and work as a powerlifter, the paramedic and firefighter uses all of his training to respond to emergencies. This Kalamazoo […]

Commentary: Llewellyn King — After the Troubles are over, life will change

I’ve been in one big earthquake. It was years ago in Izmir, Turkey. As I stood in the garden of my hotel, the ground beneath my feet lapped like water in a waterbed. Now I feel like the world is experiencing a prolonged earthquake. Life, metaphorically, is changing around us since the appearance of COVID-19 […]

For the third time, hello Bladen

I’ve taken a few steps in my 40-year career in the press that meant leaving a place I loved and people I admired and going somewhere unknown. At the top of that list was my move from the Bladen Journal after nine years to The Laurinburg Exchange nearly four years ago. All of that […]